Due to the COVID-19 Pandemic, we have postponed live production of  Another Night Way Off Broadway. But we are creative people, and the show is now Way Way Way Off Broadway! and is a radio play / podcast. 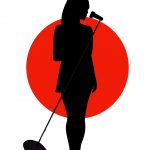 Past productions  for Vancouver Parks Board Access Services Adapted Theatre Company at the Moberly Arts Centre in South Vancouver, include “Our Man in Kits”, “SVTV”, “Around Part of the World in 80 Minutes”, and “Captain Conscience”.

Composer Don Hardy has also developed musical theatre productions for Macdonald School and Our Lady of Fatima schools as part of arts residencies.

Release dates for Another Night Way Off Broadway will be announced here.

Supported by The Canada Council for the Arts